Top of the Zuelke Building (again) 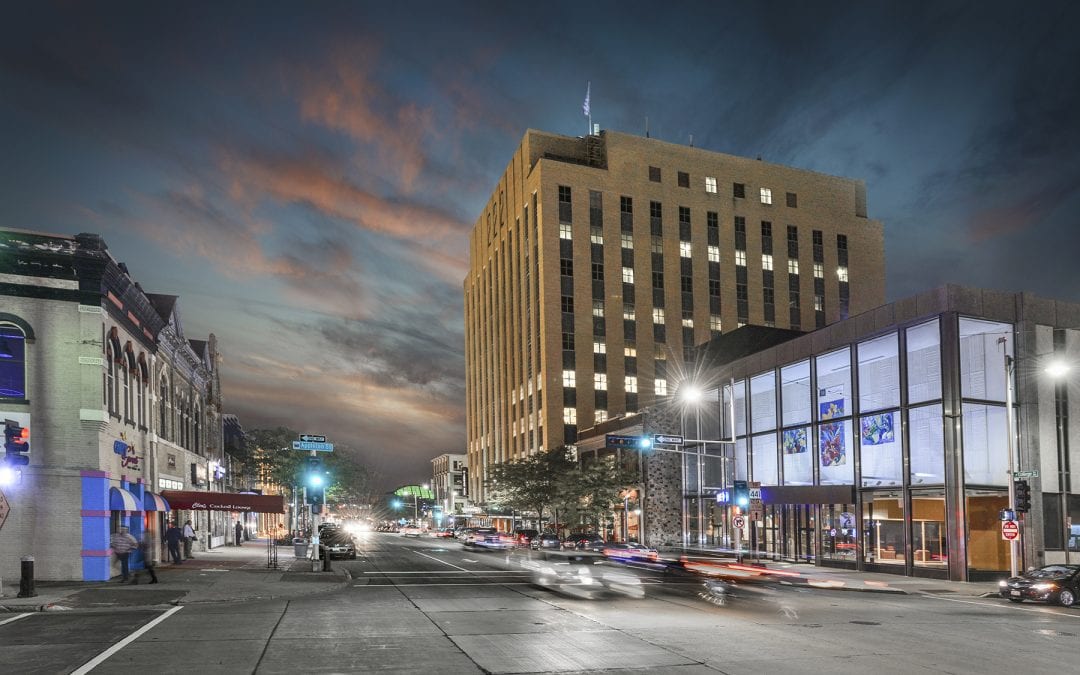 Back in 2014 I was commissioned by the Fox cities Convention & Visitors Bureau to photograph College Avenue at dusk.  The view was looking down the avenue west.  It was shot from the roof of the iconic Zuelke Building in the heart of the downtown Appleton.  The image was used for the 2014 Visitors Guide.   I retouched the image (at the client’s request) the following year, adding more people and cars.  It’s nice to have a library of  people shot from various angles in my digital library.  (These particular pedestrians were from NYC, digitally transplanted to College Avenue.) 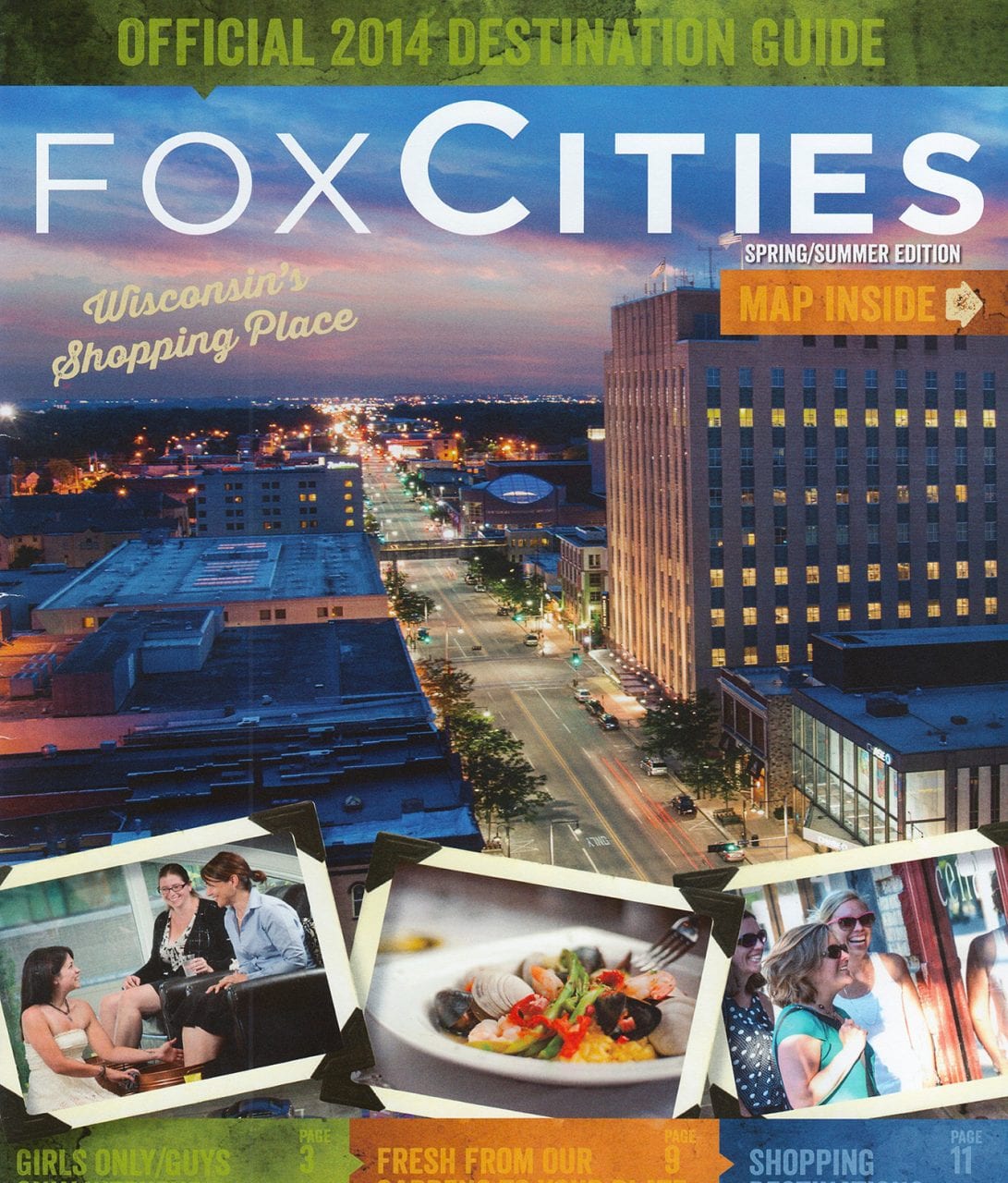 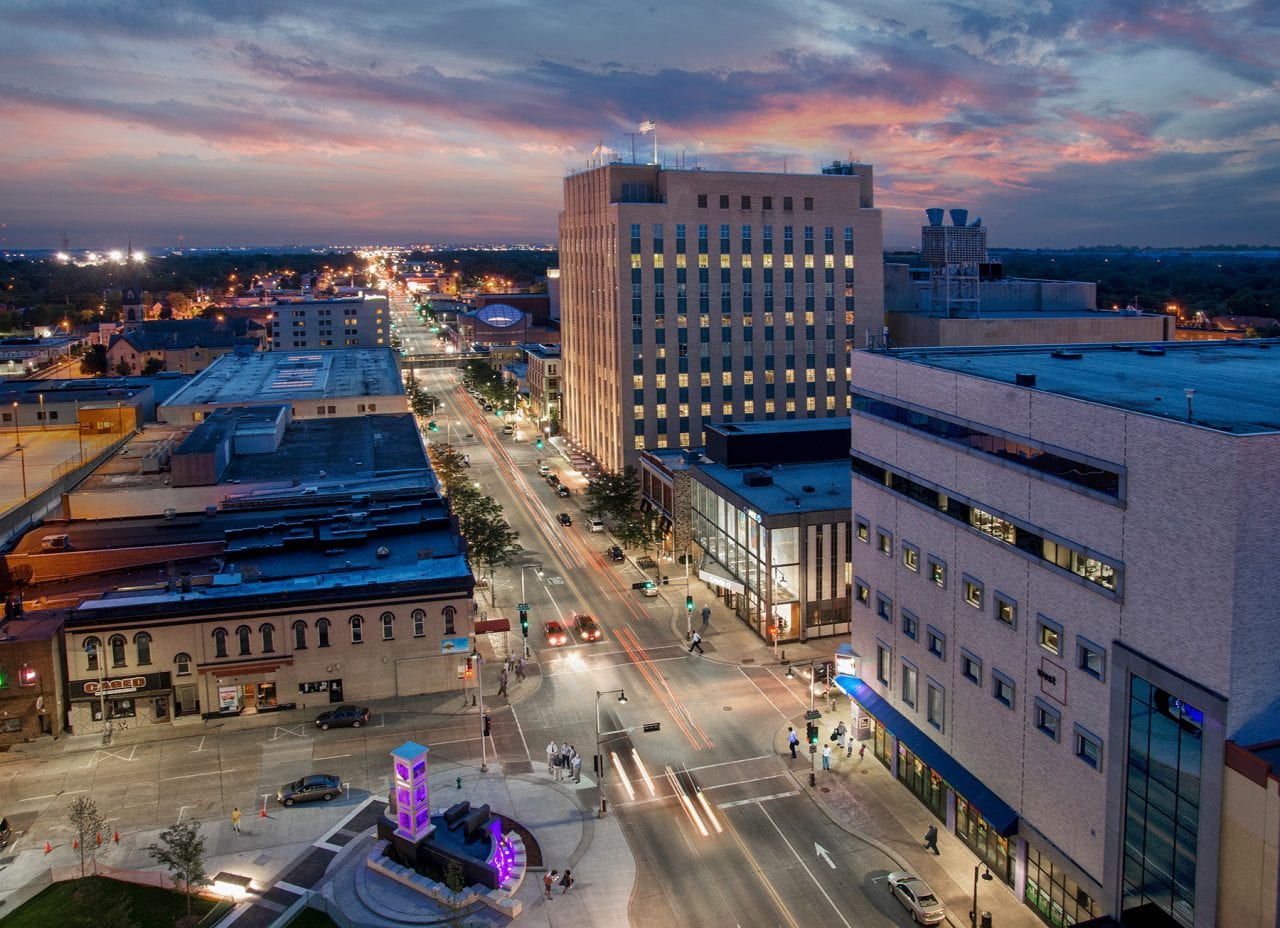 Same image with added people and cars.  The people were digitally placed in the scene from my library of people images.

This year, I was asked to update the view again, but this time, not from the roof.  The Visitor’s Bureau wanted a lower view and a street view.  We decided to shoot from the eighth floor, four floors lower than the original.  Here is how it was done… 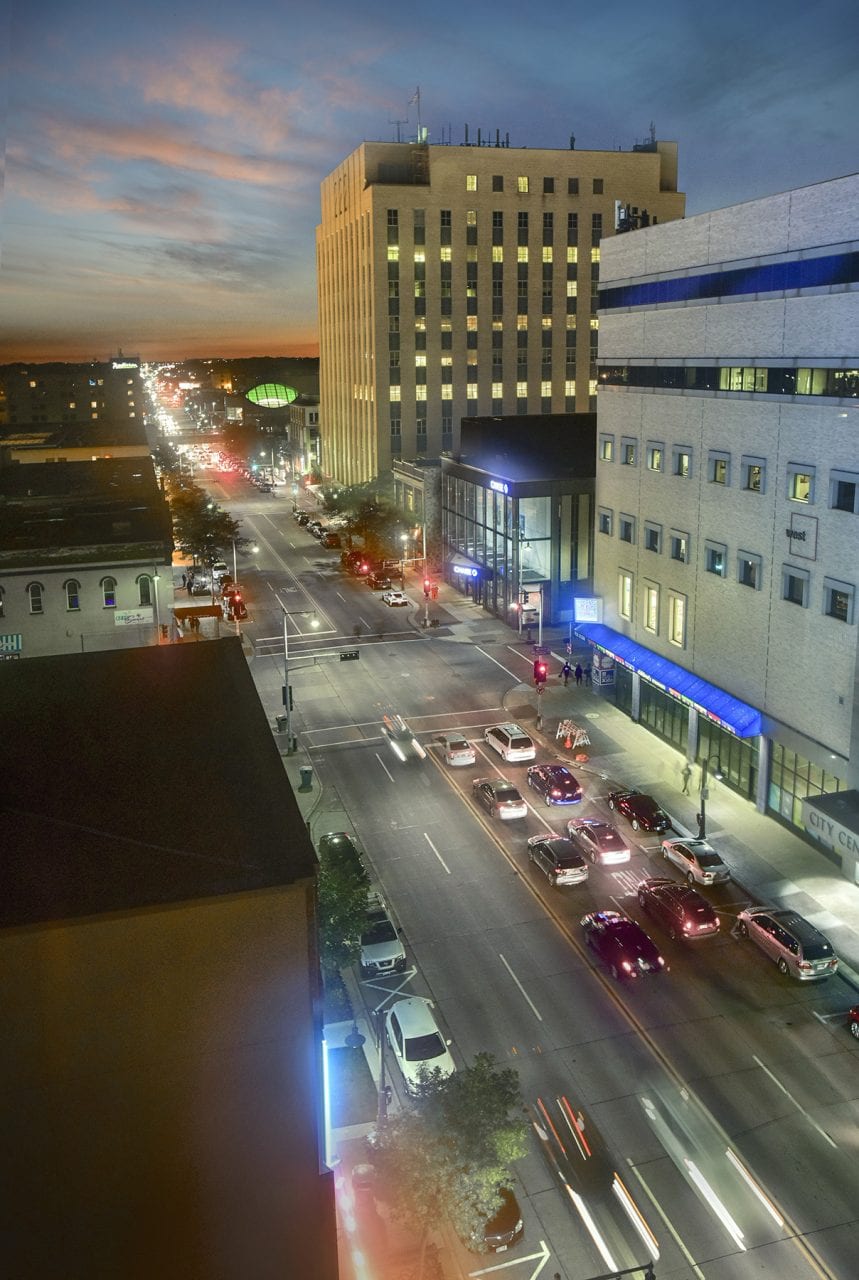 2017 Updated shot from inside 8th floor office at the Zuelke Building. ( I had to shoot through a window.) 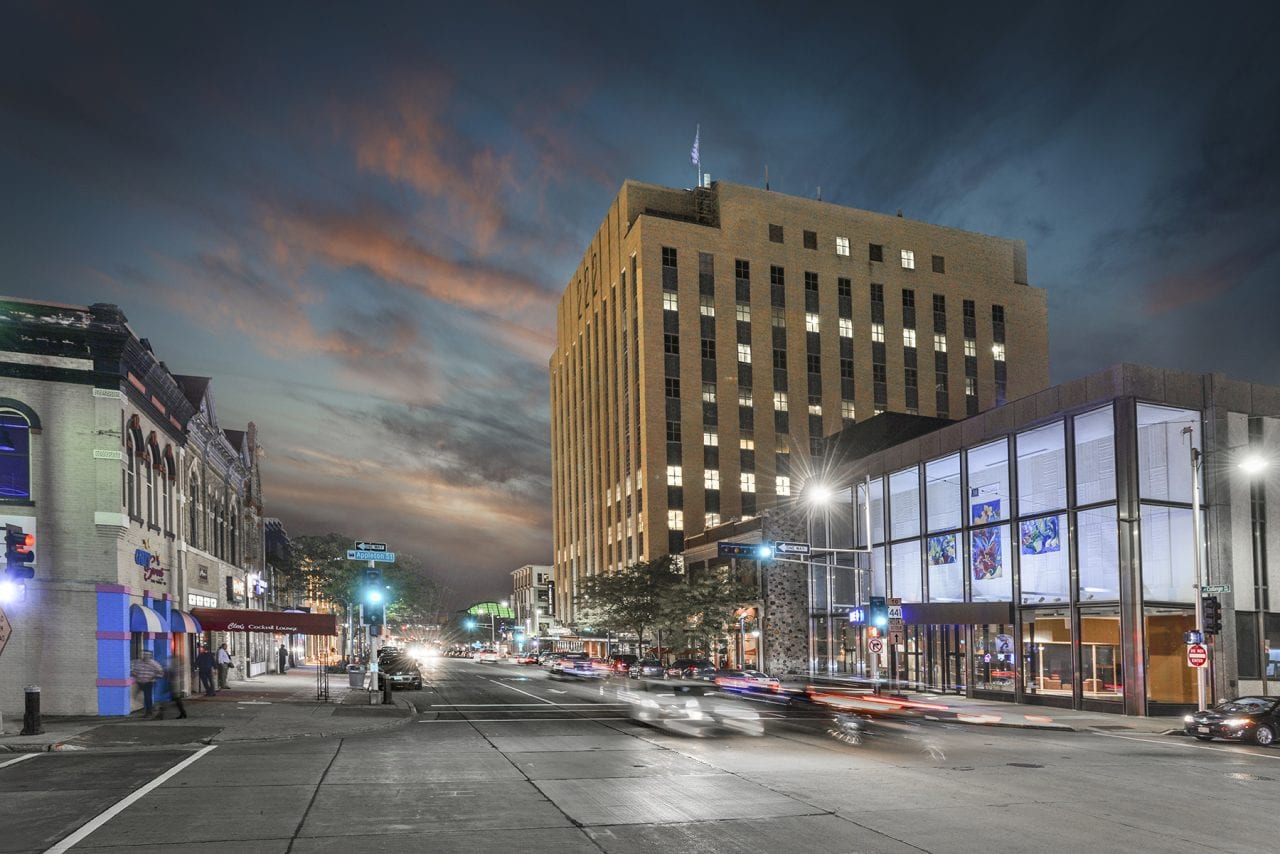 A few thoughts on making these images:  The tools are simple.  They include a good camera and a sturdy tripod.  My creative choices once behind the camera involve shutter speed variation in order to control the blur of the head and taillights of the cars and whether or not to engage HDR mode on my camera  (to bring out detail in highlights and shadows).  HDR (high dynamic range) is a setting on my Nikon D810 that I use often if I want a more painterly look to the photograph.  The original images shot in 2014 for the Fox Cities Visitors Guide were done on the roof, 11 stories up.  I was situated at the edge of the building’s ledge looking west.  The most recent update was shot through a thick pane of glass from an 8th floor office.  I had no choice.  I made sure the glass was clean and that my lens was as close to the window as possible.  This minimizes reflections back into the lens.  My picture setting was Vivid mode for color saturation.  ( similar to Fuji Velvia film, for those who remember).  I made sure not to move the tripod once I began shooting because in post production I layered  chosen frames.  I  masked and revealed cars and people from other frames to create a crowded downtown scene.  If I moved the tripod, the scenes wouldn’t match up to accomplish this.

I have my preferences on the progression of these images from 2014 to 2017 and typically, with reshoots or updates, I feel the updates are never as good as the original.  Maybe I need to view the final outcome as simply different instead of one being better than the other.