Out in the Street

As a matter of course, with the passing of another year, I look back at a notable person who has left us; Saul Leiter. His photographs of New York in the the 1940’s – 1960’s are especially beautiful. In a humble summation of his career, he said; ” I started out as a fashion photographer. One cannot say that I was successful, but there was enough work to keep me busy. I had work and I made a living. At the same time, I took my own photographs.” He goes on to say; ” I spent a great deal of my life being ignored. Being ignored is a great privilege. That is how I think I learned to see what others do not see and to react to situations differently. I simply looked at the world, not really prepared for anything”.
I can only hope to approach my work without a preconceived, desired outcome, and allow the world to come to me instead of the reverse.
View Saul Leiter’s work:  https://www.lensculture.com/articles/saul-leiter-saul-leiter-1950-60s-color-and-black-and-white

I lived in NYC for the better part of 13 years. I look at Mr. Leiter’s work and I am drawn to his use of abstract color and shape to capture the unidealized, raw beauty of urban life. A large city is a visual buffet of drama, humor and everyday human struggles. One just has to walk outside, and with every step, life unfolds. The personal importance of photographing on the street in 1980’s and ’90’s New York was not overtly apparent to me back then when I carried my camera around my neck. When I go back to the city now, I see, it is indeed a different place in so many ways. The crossover from film to digital was just beginning in the early 1990’s.  I remember working as an assistant and once a month I would walk to B&H Photo on West 17th Street and purchase 8×10 and 4×5 transparency film, boxes of 4×5 black & white Polaroid and bricks of 120 Kodak transparency film. I remember after one particularly expensive shopping trip I began putting all the new film in the refrigerator and Bill, my employer and studio head said ” One day, we won’t need to buy film. Things will be different.” I honestly didn’t know what he was talking about.
As a commercial photographer who makes a living shooting product, corporate, lifestyle, architectural and industrial projects; street photography provides an unencumbered contrast to the planned, orchestrated process of advertising work. The attention to detail lies in the hands of the moment. 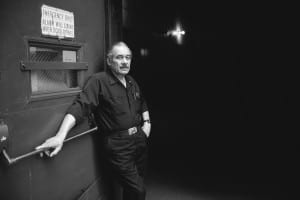 Usually when I take my camera out to shoot in public, my adrenaline overtakes my hesitation, especially if I see a shot I know I must get.  I passed this gentleman and turned around, asked him if he would mind a photo.  He presented himself with this pose without any direction.  He took great pride in his job as the building superintendent. 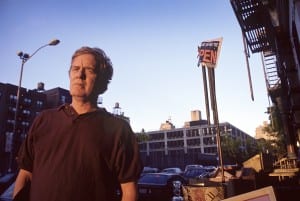 Many times I shoot first and explain later.  In this case, I knew this guy from being in his shop,  but he didn’t know I was going to take his photo.   I  covered the self timer indicator with a small piece of black tape, let the camera hang around my neck, set the self timer and walked.  The shutter tripped as I was pretending to check out some of his junk he was selling on the sidewalk.  I made a print for him later.  We eventually became good friends. 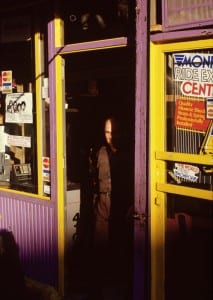 On the east side of Amsterdam Avenue around 4 PM in late September;  the sun glows warm and casts heavy shadows.  I caught him at the instant he saw me.  He was coming out of his tiny, dark shop for some fresh air. It smelled like rubber and gasoline in there. 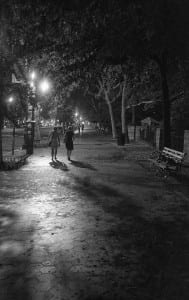 It was a humid night on the West side of the Museum of Natural History,  NYC  This was shot with my Nikon D700 in 2010. 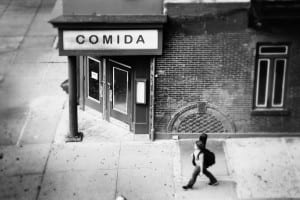 Is it cheating to hang out on the fire escape and wait for a scene to present itself?  West 83rd st. Shot from the 4th floor fire escape. 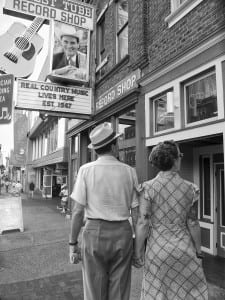 This is an actual candid, unretouched shot except for the black & white conversion in post production.  These people were walking around Nashville, ( maybe in search of the ghost of Hank Williams?) It is easier to photograph people from the back.  They don’t usually know you are there.  I use a wide angle lens and get as close as possible before tripping the shutter. 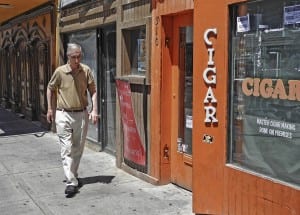 With this kind of heat, every step is an effort.  He couldn’t have cared less what I was doing with my camera.  This was shot in 2012 with my Nikon P7000 on the older seedy part of Fremont St. in Las Vegas. 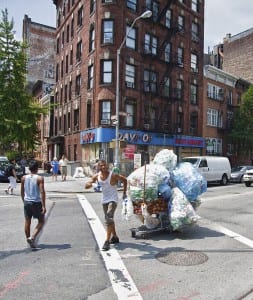 West Village in Manhattan in the digital age. 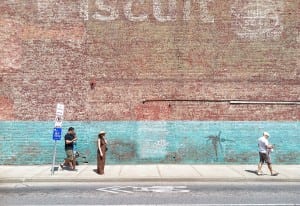 Never a dull moment while waiting for a bus when you have a smart phone to entertain you. 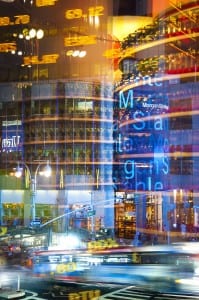 Shot through the windows looking out of the 2nd floor of the Hershey building in Times Square.

These reflections reminded me of the Cubist paintings of George Braque or Pablo Picasso.  The only enhancement I did was to  increase the saturation and sharpening in post production.  This was shot in 2012 with my Nikon D700. 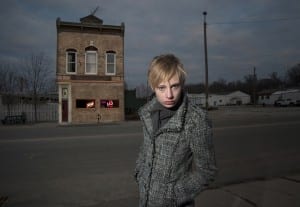 Appleton, WI I used an external battery and SB900 speedlight shot with a Nikon D800

This was shot during a workshop here in Appleton, WI.  I retouched the bricks on the bar in the background and I left everything else alone. 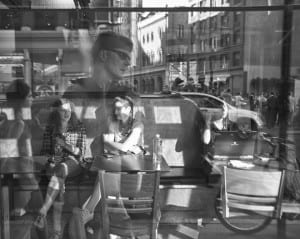 Another reflection shot into a window in Manhattan.

My image is in there amongst the female patrons sipping coffee in this downtown cafe.

I have the upmost respect for photojournalists.  The American photographer Joe McNally is an inspiration when it comes to shooting out in the elements and using minimal tools to make a photograph.  For me, it comes down to communication with the subject, (when needed), instinctually  operating the camera, and being as open as possible to what is around me.  There lies the fun of street shooting.  I never know what is around the corner, literally;  and I meet interesting people.