Everyone needs someone to talk to.

My photography assignments vary. Sometimes I am photographing products to be marketed on a shopping cart website. Other times I am photographing a commercial facility for a builder or architect.  Included in much of my other work are people. I shoot for Appleton Monthly, a magazine which features people, places and events in the Fox Cities. The section I enjoy most is the At Work page.  Each month, I capture an employee performing a task or action related to his or her livelihood.  For the December issue, I was assigned to photograph the local mall Santa.
I spent an overcast  Saturday afternoon in early November in his tidy,small living room in north Appleton, setting up a couple lights, a reflector card and my camera.  He informed me that he had been the working Santa for 16 years at the nearby Northland Mall.  He loved his job.  I could tell.  There were two personalities present that afternoon:  the cooperative, soft spoken, thoughtful man who was listening to my directives in order  to get the best photograph, and the rehearsed, fun loving unaware character he plays at the mall while sitting in his plush chair.

When I am behind my camera, I like to get to know who is on the other side of my lens before tripping the shutter.   I ask questions, trying to uncover things that interest me about their job or avocations.  That is what I like most about photographing people.

I asked him if he had any unusual stories he could share with me from his 16 years as the mall Santa.  He proceeded to tell me a story about a middle aged divorced  woman who, during a slow spell at the chair, came up to him and inquired if she could have a word with him. Mr. Claus said, “Of course!”

Visibly, distressed the woman described herself as unhappy. She recounted feelings of guilt and great sadness since the passing of her sister six months earlier.  She felt that she did not spend enough quality time with her, and now her sister was gone.   Santa paused, looked her in the eye and asked her: ” what is going on in your life right now”?  The woman thought a moment , looked down at her shoes and declared that her son was battling  drug addiction, and has been for a while.  He had not been able to hold a job or a relationship with anyone and the problems associated with the disease were enveloping  her life with hopelessness.  Santa listened as she told her story of resigned despair, a story of unconditional love a mother has for her son, and her present feelings of helplessness.  This conversation for Santa was in sharp contrast to what normally occurred from his vantage point in the chair: joyous children listing their christmas wishes.

At this point the woman was tearing up as she spoke.  Santa asked for the son’s name so he could pray for him.  The conversation ended a minute later as children began lining  up to have their turn with Santa.  The woman thanked him for his time as she turned and moved toward the exit outside the velvet ropes.

Sometime during the final week before Christmas, the woman waited off to the side while the busy crowds were keeping Santa’s attention.  A calm came and she walked up and greeted him.  He was delighted to see her again.  He asked her how things were going.   She cautiously relayed news of the progress her son was making, who was now living and working in Seattle after finishing a three month rehab program.  He was doing well and she was grateful beyond words at this unexpected positive development.  The news was good to hear and relished by both.  She smiled apprehensively, almost as if not to jinx the good turn of events.  Their time chatting was brief.

The following year, she came by again, this time with her fiance.  The couple were planning to be married in 3 months.  Her son was doing great, still working at the window installation company in Seattle and calling her often to talk.   He would be coming in for the wedding. There was joyous excitement in her voice.  She  thanked Santa with genuine appreciation,  for listening to her story over the years. She leaned in and embraced him.

He never saw her again.

When he told me that story,  I was captivated by the detail and emotion of it all. It was a story of unexpected redemption.  Her sister was gone, her son had a problem and she did not know what to do or who to talk to.  She started with an icon of charity and acceptance: Santa Claus.  From there, with that brief connection, she found encouragement to carry on the best she could, one foot in front of the other, every day.  Good things happened.  Maybe it was Santa’s all important question he asked after meeting her the first time:  ” what is going on in your life right now?”  From that question,  she began to think about  living in the moment, dealing with what she could, that day.    It is all we really have…this day, this moment. 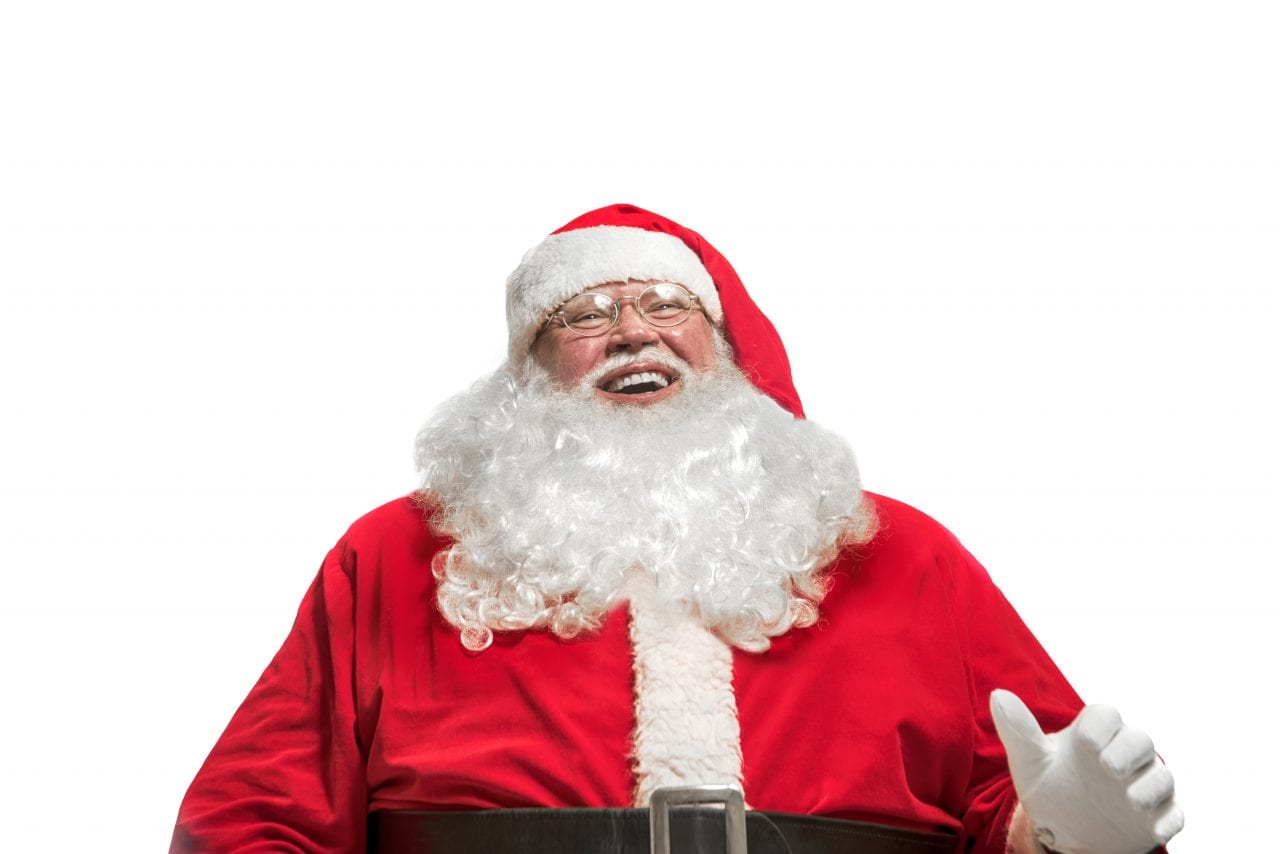