The only thing constant is change. I have heard that phrase more than once. It is not a new concept. The first time I heard it was while living in New York City in the 1980’s when the city was in the midst of great changes with regards to architecture, cleanliness, safety and the influx of corporate stores, coffee shops and restaurants.  The second time I saw the phrase was while reading an essay on the changes that Las Vegas was undergoing in the early 1990’s with the demolition of  classic old casinos and hotels for newer, bigger and more opulent ones.  Neither city would ever be the same.

I relate this concept to a more mundane, present day scenario.  A visual experience I had a few weeks ago while driving south on highway 41/45 in Menomonee Falls took me by surprise.   This is a route I have driven, and as a child, been driven, for as long as I can remember.  The roadside architecture on highway 41 from Milwaukee to Appleton has changed since the 1960’s with little remaining to remind us of the motels, restaurants and gas stations that dotted the route.  I am quite familiar with the road and it’s layout, so when something disappears, I notice.

Near Pilgrim Road in Menomonee Falls, I noticed a big open space to the right of me while traveling south, a large open area that was not always open.   What was it that I had passed for over 50 years, and is now gone?  I became consumed with finding out.  I wanted to see a photograph of what occupied that land, before memory would fail me and I would never be able to recall.   This was not a monument or iconic structure like the twin towers in Manhattan or the Sands Hotel in Las Vegas.  There are hundreds of images of those buildings.  No, I think this was some sort of industrial structure and I was fixated on seeing it again, at the visual angle from a car from the highway.

I went to Google Earth and found  the straight down overhead views of the area, but the demolition had occurred and a new replacement health facility was visible in it’s place, in the lower right.  Google Earth was of no help. 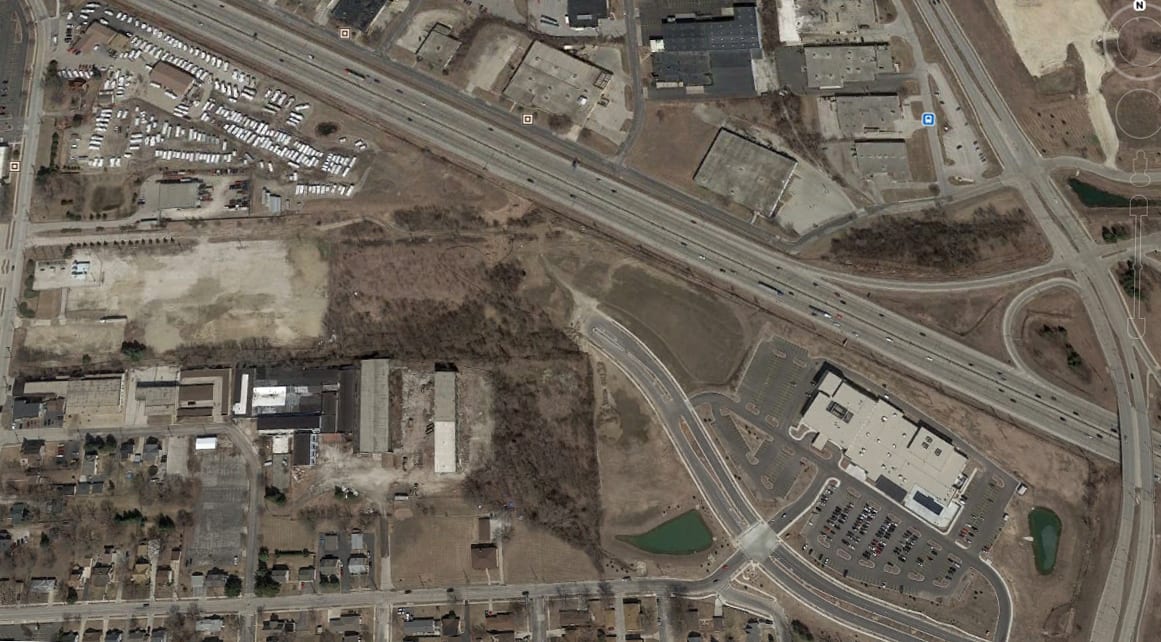 The image in MapQuest had the old structure.  It was difficult to see anything other than the layout.  It was another straight down image. 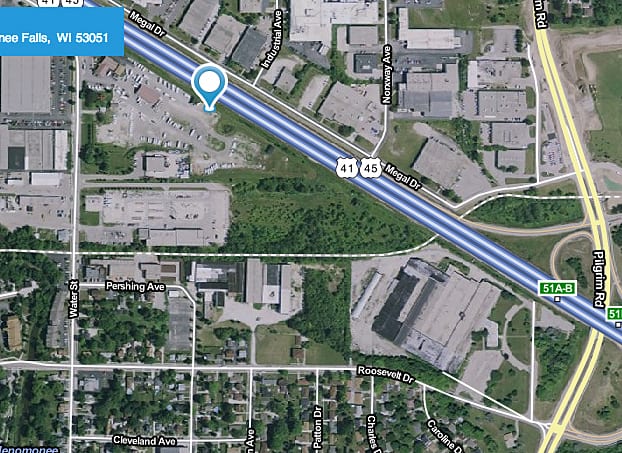 After a hours of typing in various titles and phrases, I found what I was looking for.  I located a business in the upper left of the Google  Earth image.  It was an RV dealership and their website had notices of a recent location change.   I found the old address of the RV dealership and a listing on Zillow, an online real estate database,  for that property and the one to the south of the RV dealership.   Zillow has high definition imagery at more extreme angles than Google Earth that the viewer can control and rotate.  I rotated the orientation to mimic the view traveling south.    I like Google Earth and MapQuest, but the views are pretty much straight down over head angles. 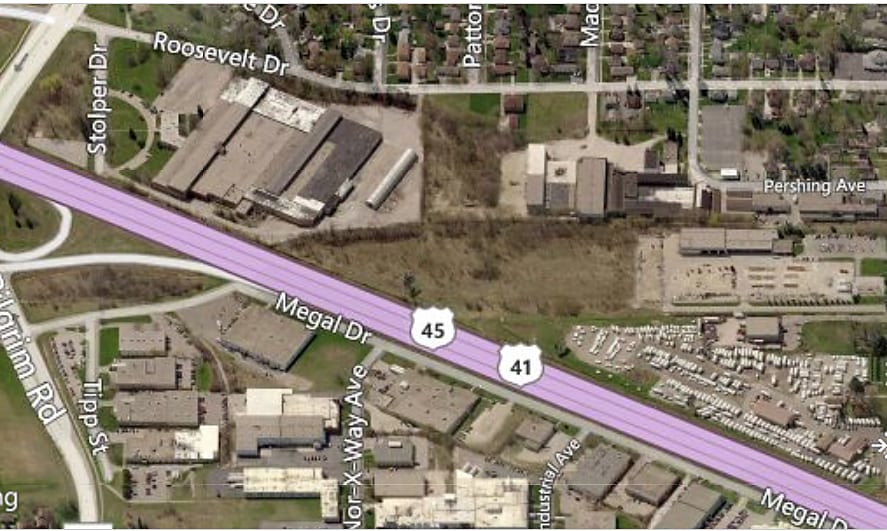 Zillow’s over all view of acreage to be developed before demolition.

After viewing the high definition Zillow images, I was as gratified.  Zooming in and seeing the angle and the building as it looked from the highway (approximately)  allows me now to pass the new development with the satisfaction that I can bring to mind what was formerly there.

I’m not sure why I had a need to visualize this, but I was compelled to do so.  Here is the view that scratched my itch.

Of course. I remember now!

It was an old steel products factory.  Here is a newspaper notice of it’s planned construction in 1950.

Brand new steel products factory to be built in 1950!