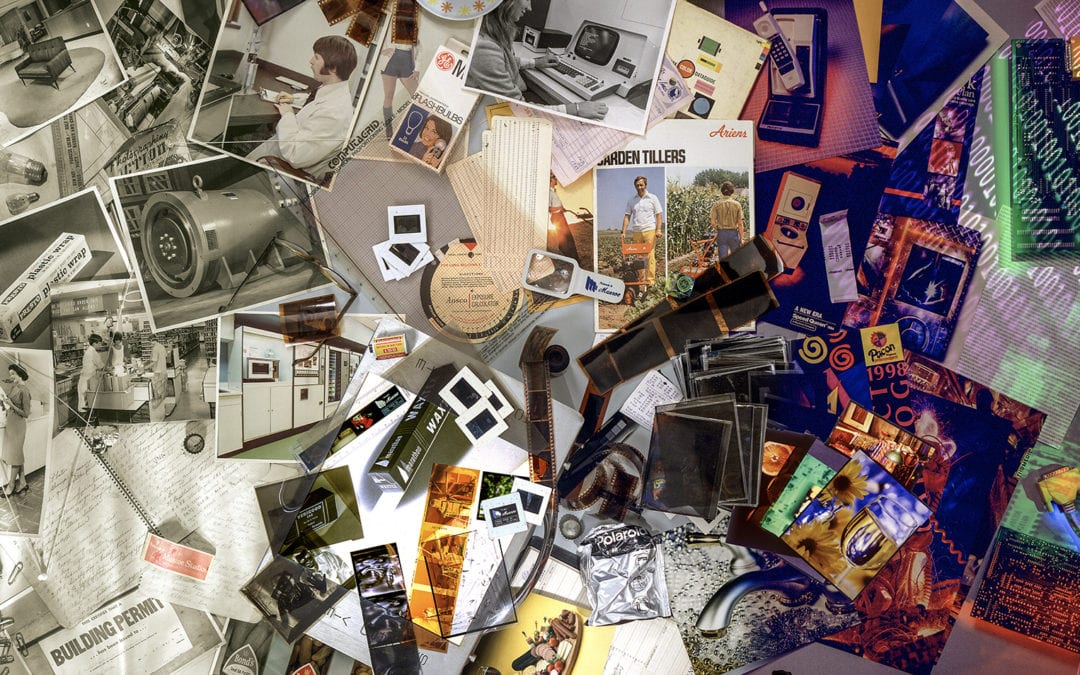 I have been a professional commercial advertising photographer for a long time.  Before earning a dime as a pro, photography has been a part of my life as a tool to freeze time.  Life experienced while film was the method used to hold on to a scene was a more involved process than today.  I won’t proclaim the benefits of living, learning, working and pursuing a visual vocation with film. (People my age do that and frankly, it’s boring) Lately, I have been recalling fondly the teachers, employers and experiences that guided me to where I am today.  One outstanding chapter was my time as a studio and location photographer at Munroe Studios in Neenah, WI. 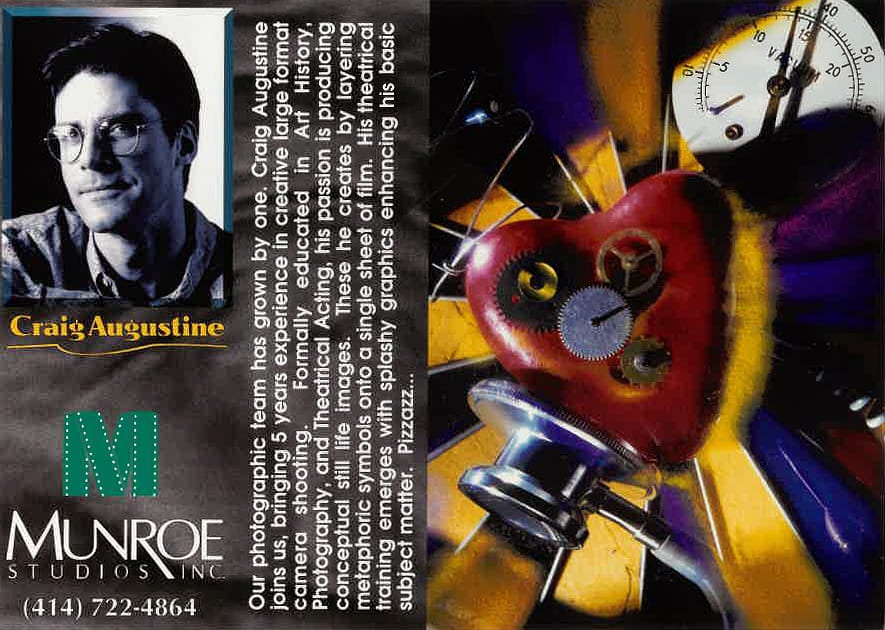 I remember walking into the Munroe Studios facility in 1996 for the first time, after being hired.  It felt like a real photography studio.  There was tons of equipment, two other photographers, a sales guy, on site film and transparency processing and printing, expert framing  and a forklift!  I felt as though I had arrived.  It was exciting. In looking back, what I value about my 13 years as an employee there was:  the variety of photography done, the lab work with regards to seeing a job though from the actual photography to film processing, and finally, the business practices – dealing with clients, billing and quality control.

But, the most dramatic reality was living and working during, and through, the photographic digital revolution in the early 2000’s, where an established photography studio made the transition from a film based business to 1’s and 0’s!

To be a part of a working photography studio during the digital revolution was exciting, to say the least.  Back in 1996, our basic tools were two 4×5 Sinar tilt/shift studio film cameras, an 8×10 Deardorf studio film camera with Poloroid backs for both formats.  We used these big studio cameras mostly for product shoots.  We had a Bronica 2 1/4 location/studio film camera with 3 film backs and a Poloroid back.  We used the Bronica camera for industrial location shoots and portraits in the studio and on location.  Most of our jobs were shot with Kodak Ektachrome E100 or Fuji Velvia – both are transparency film processed in E6 chemistry. For events we shot 35 mm film with a Nikon D70. I list all this equipment not to geek you, the reader out, but simply to review what it took to get images 20 years ago!

In 2000, the first of the professional digital cameras came into the studio – The Fuji FinePix S1 Pro.  It looked and felt like the Nikon N70 35mm film cameras we had.  It accepted Nikon F- mount lenses.  I began reading the owner’s manual and looked forward to using it on the job.  What I was most anticipating was shooting in industrial environments.  The ISO on the S1 was 320 – 1600 with a white balance capabilities in the camera!  ( Sodium vapor lighting, which many factory plants used at that time, was still a problem for this this camera’s color balancing mode, however). 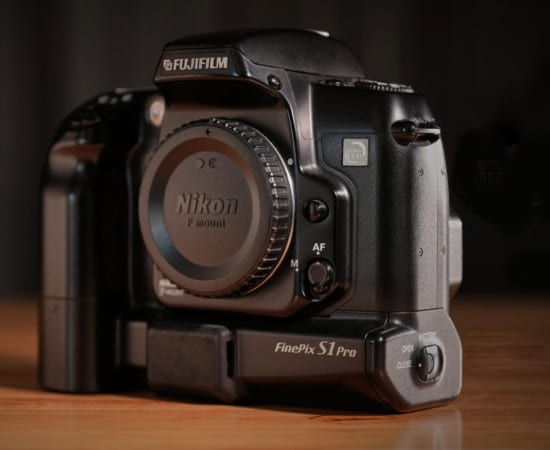 The next digital camera we got was about a year later, in 2002 was the rock solid Kodak DCS Pro 14n.  It was heavier and for for applications that required higher resolution when enlarged, this was the camera we used.  (It was not as good in low light as the FujiFine Pix S1 though)

We were not ready to stop shooting 4 x 5 or 8 x 10 transparency film in the studio for product set ups.  As I remember, the 2 digital cameras we had were used for location photo shoots.  We still had a Bronica medium format film system for location as well.  I wish I remembered what determined what camera we used in the digital/film overlap from 2000 to 2005.  I remember shooting lifestyle images for the Fox Cities Convention & Visitor’s Bureau in various locations with the Kodak DCS Pro 14n and loving it.  Industrial jobs using a tripod, and studio product shoots were still film worthy into the early 2000’s.  The DSLR digital cameras were for location lifestyle and events in the beginning.

For location shoots, added lighting was shoebox sized 1600 watt second White Lightnings, early models made by Paul C. Buff. They were heavy and needed to be plugged in.  For studio lighting, I liked to use tungsten hot lights 200 watt up to 2000 watt.  The studio had a great assortment of old Hollywood keg and theater lights.

By 2006 We were shooting almost exclusively with the Nikon D200.  All the photo shoots at Agnesian Healthcare, Industrial jobs, PR events, ribbon cuttings, etc were all shot digitally.  In the studio, 4 x 5 and 8 x 10  transparency film was still shot if the final usage was going to be very large, for a trade show or a billboard.   The Nikon D200 was not a full frame camera but the images it produced for the time were excellent. 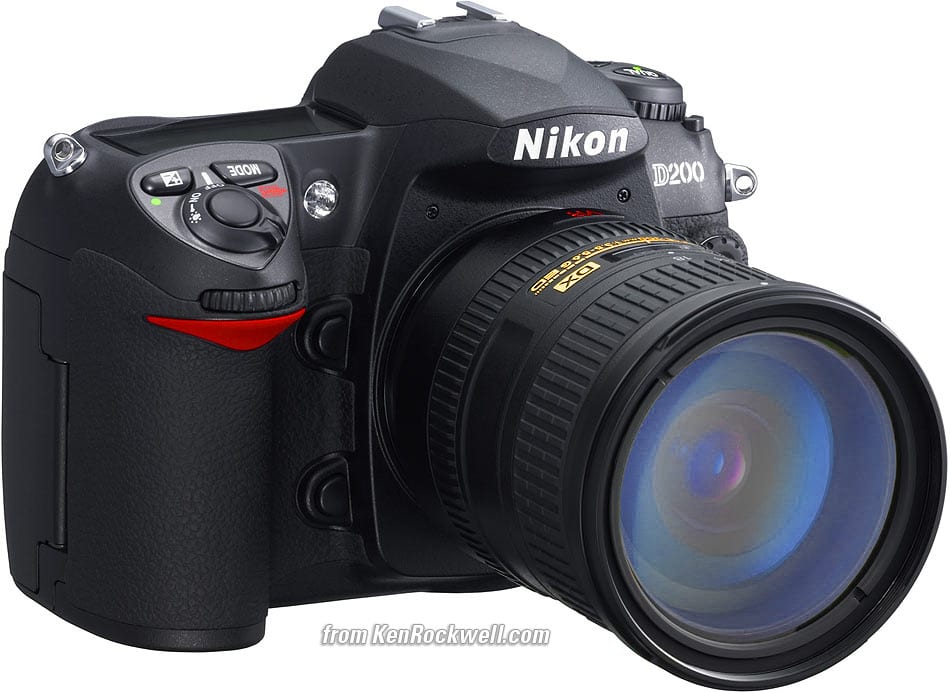 After the digital transition was tested and confirmed sometime in 2007,  The studio made changes.  All the film processing (E-6, C-41) was removed.  Eventually color printing and black and white printing was eliminated along with the little dark film loading room.   No more 120 size or 4 x 5 size Poloroids for proofing shots.   That 1 minute developing time for a Poloroid was always a good opportunity to chat about anything other than the photo shoot at hand with the client!  No more 4 x 5 pieces of perfectly cut white cards used in film boxes. No more square edged 4 x 5 film boxes.   No more round tins for 35 mm bulk film. No more…no more… I don’t  miss all that was put aside as the photographic digital revolution set in, but I am now remembering all the paper waste  and the tearing open of packaging and the thousands of discarded Poloroid test shots and the gallons of running water for black and white film processing.  Of course, this was all worked into the final billing for a job – every Poloroid, every roll of film, every test print.

In my years at Munroe Studios, I liked talking to Bud, the trailblazing founder of the business way back in 1952.  Bud often liked to scold me for using too many Poloroids, or taking too much time to set up a shot, etc, etc.  It was a bit annoying and charming at the same time.  The “overseer” was very active until our digital transition was fully made around 2006.  From then on, Bud’s visit to a studio product set up was simply a walk up to the set, followed by a few moments of silence and then he would  mosey off.  There could be no admonishment for waste or verbal correction of technique anymore.   For Bud, this digital thing, compared to traditional photography, was like trying to read and understand Latin.  At that point, I knew we were in a new world.

I have not mentioned, the relationship Adobe Photoshop played in the digital revolution of the 2000’s.   What went on behind the camera was directly related to post production and the final product.  Not only could I now shoot and see what I was getting in the back of the camera immediately, I could then color correct, crop, sharpen and remove a discarded Mountain Dew soda can from the scene, while sitting down in a comfortable desk chair while listening to music! Phrases like “digital capture” replaced “photographing”.  Contact sheets were dropped off on CD’s and eventually via a link to an online gallery sent in an email. Soon client’s stopped asking whether or not we would be shooting in film or digital for jobs. It was assumed, digital.

I learned my basic Photoshop skills beginning in 2007 with CS3, while at Munroe Studios.  I am eternally grateful for that foundational training.  Thanks Monny!

The fondness for photographic history integrates with what is next around the corner.  Camera’s sensors can become better, mechanics faster, body’s smaller but the soaring advancement of  professional digital photography, (or capture) from the early 2000’s may not be matched in my lifetime.  Camera phones have increasingly gotten better, (that is a whole separate conversation).

I have written here about the experience of working though the transition from film to digital capture while working full time in an established photo studio in northeast Wisconsin.   That time from 2000 – 2007 was underestimated by me, at the time as an historic period for visual technology.  I feel blessed to have had that experience.

Two weeks ago, I received an email from Monny, (co worker, photoshop expert and part of the family business for many years).  He wrote that after 68 years, Munroe Studios (later changed to Munroe Exhibits & Graphics) is closing.  I went to their website and I see they have a farewell page up. 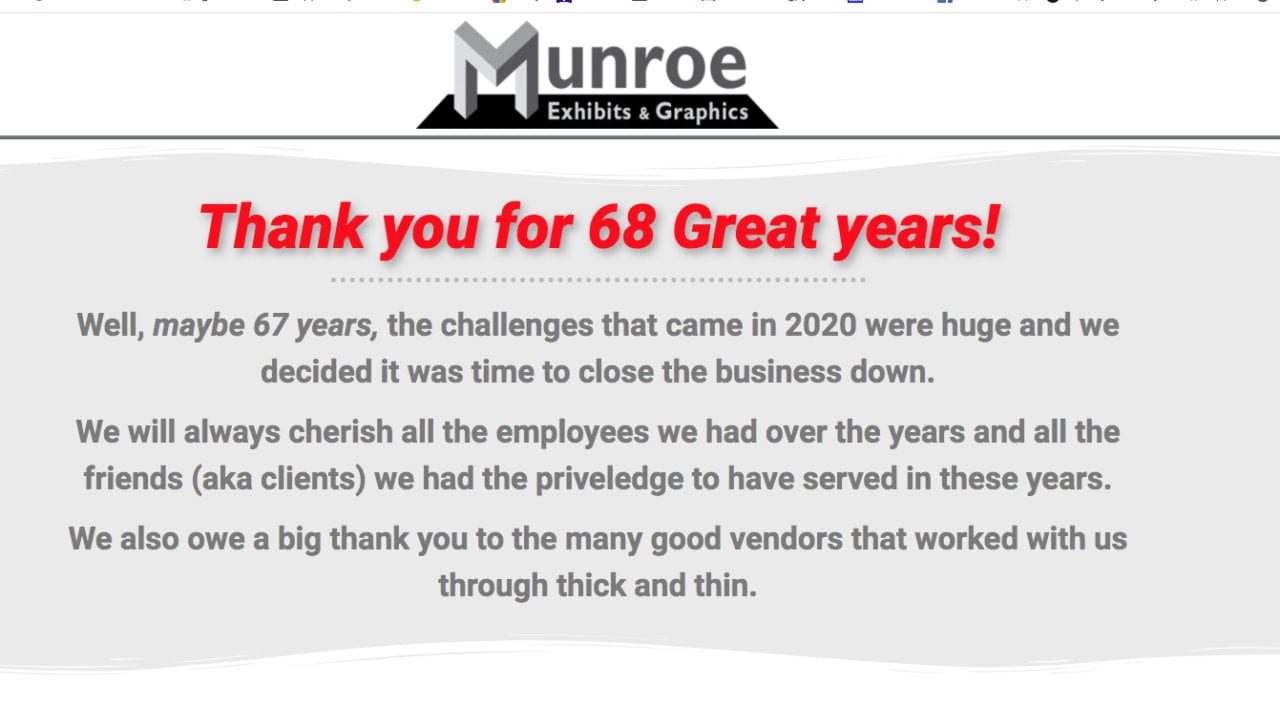 In addition to the whirlwind day to day enjoyment and work of doing photography for my time there, life proceeded in the background. To name off a few… Our daughter was born.  My parents passed away.  I was working alone at the huge Appleton Water Plant facility all day on 9/11, I got to meet and get a photo with a child hood hero of mine- Bart Starr.   I made many friends and … 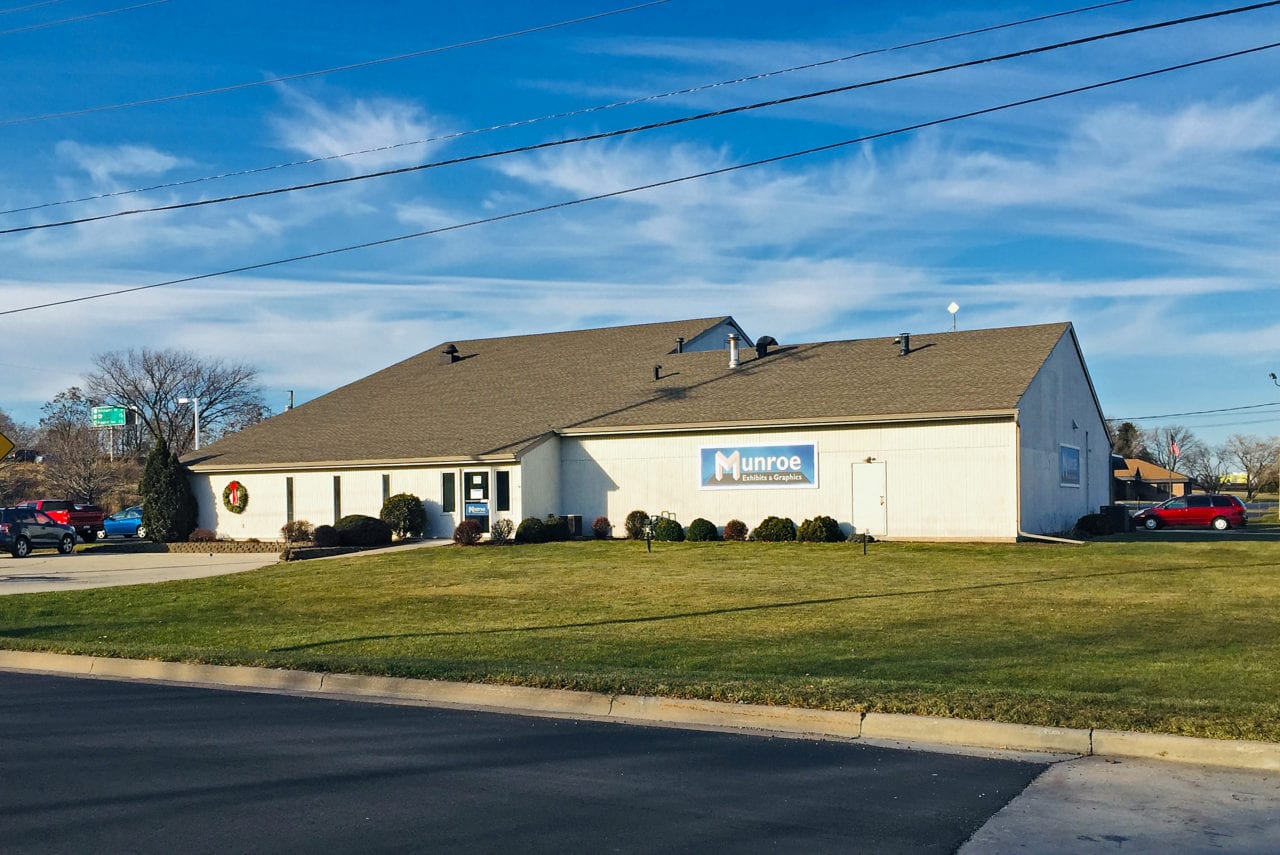 I learned to drive the forklift.