In the short time that I have be on this good earth, technology has changed, and for the most part improved my life. Some of the old methods of delivering and receiving data, I still enjoy. I listen to LP’s on a turntable. I still enjoy using one of 3 old Polaroid instant cameras for immediate gratification.  My old supply of instant film is dwindling and I don’t anticipate replenishing it. When that time comes, I will reconcile with it’s inevitable extinction as I toss my last silver foil pack in the garbage can. 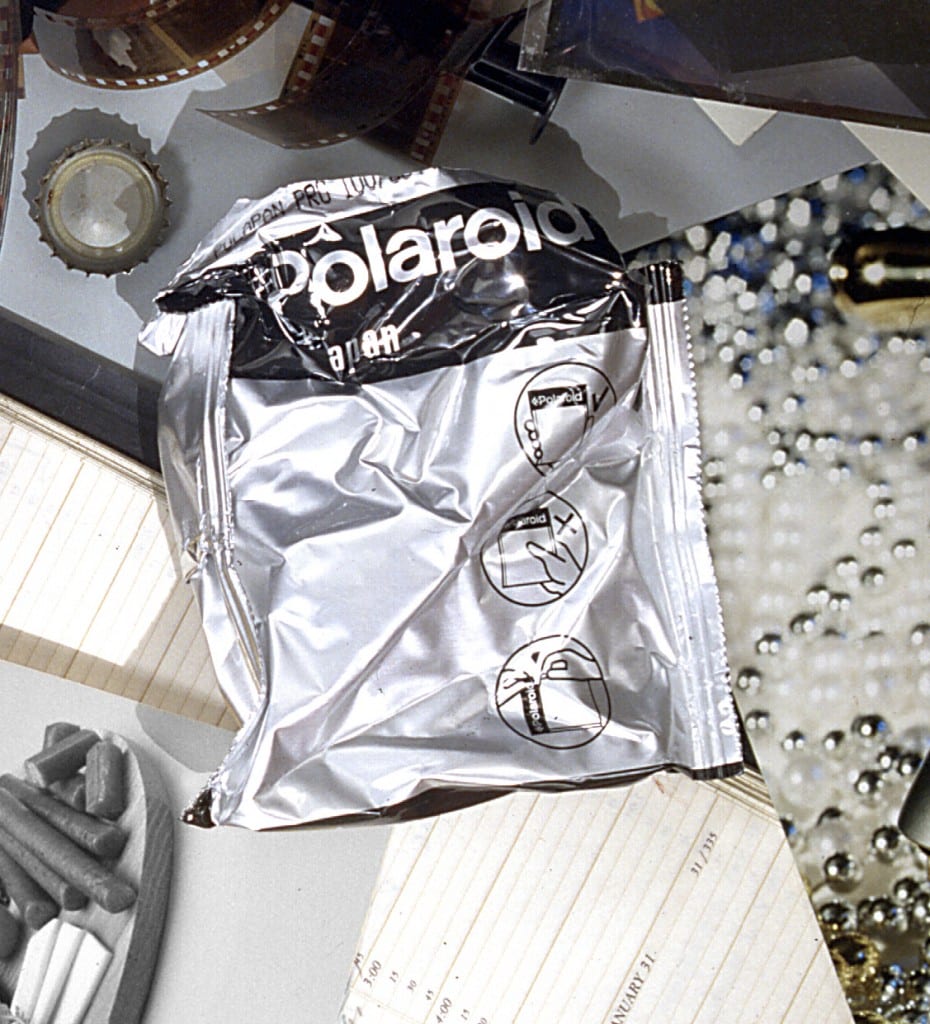 Used & ready for the landfill.

Admitting to actually still making cassette tapes, even for nostalgic reasons transcends reason altogether.  Sheepishly, I admit to this activity from time to time.  I suppose, for me, the whole process is a hands on festival of analog delight.  I have a few VHS tapes for the same purpose.  It comes down to not letting go of the old.  It is simple nostalgic, dweebish amusement.

As a novelty, we had a rotary dial phone in use up until 4 years ago.  Finally the phone company could not accommodate service with our cable modem.  (If we were proprietors of a museum exhibit, I would have found a method to keep  that phone activated).  Acceptance of extinction was the rational resolution.  We now have no landline in the house. 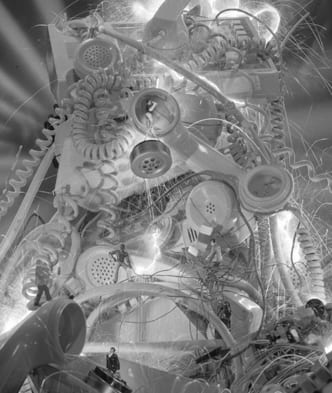 My Requiem for the Landline.

For appointments, I would labor every new year over the best date book to buy.  My trip to Office Max  would be an entire afternoon of shopping, simulation, thinking and ultimately buying an appointment book I would live with for the next 365 days.  Sometimes I brought it home and returned it the next day after discovering some unforeseen factor that was not conducive to perfect recording of appointments.  I now am paperless and don’t miss the effort of acquiring the perfect datebook every year.

I could go on with regards to how advancing technology has interconnected my work and personal life.  It’s fun to think about where we all were 5, 10 and 20 years ago.

This past month, I finished a photographic project for Werner Electric, headquartered in Neenah, WI.  They wanted before and after images of a parking lot lighting project at a shopping center south of Milwaukee that they were supplying the new fixtures and lamps for.   Growing up in Milwaukee, I was keenly aware of neighborhoods, parking lots and playgrounds and their illumination.  In my area, the streets were lit with Mercury vapor lights. These suburban streets would be spotted with a harsh bluish-green cast, rendering humans as zombies.  We would ride our bikes around at night and the areas of town that were lit with high pressure sodium lights were distinctively unusual.   The sodium street lights were introduced around 1970 and became the dominant lighting on American roadways and in parking lots.  I remember my amazement at the yellow cast these lights gave off when viewed for the first time in the Pigsville, neighborhood near Miller Park.   However, the reassuring explanation  was true to what the city planners said, “once you are under this lighting, your eyes will adjust and you will not notice the yellow cast.”  We were all accustomed to the Mercury vapor street lighting that brightened our nighttime neighborhood adventures.  Then came those yellow lights that seemed to give cover to the feeling of perpetual crime and shady activity, not to mention brightening the sky around the city with it’s amber glow, visible from a hundred miles away, especially on a cloudy night where the cloud cover would reflect the light back.  When I think of my formative, confused, searching, lonely part of my life, I visualize everything happening under  sodium vapor lighting in the 1970’s. 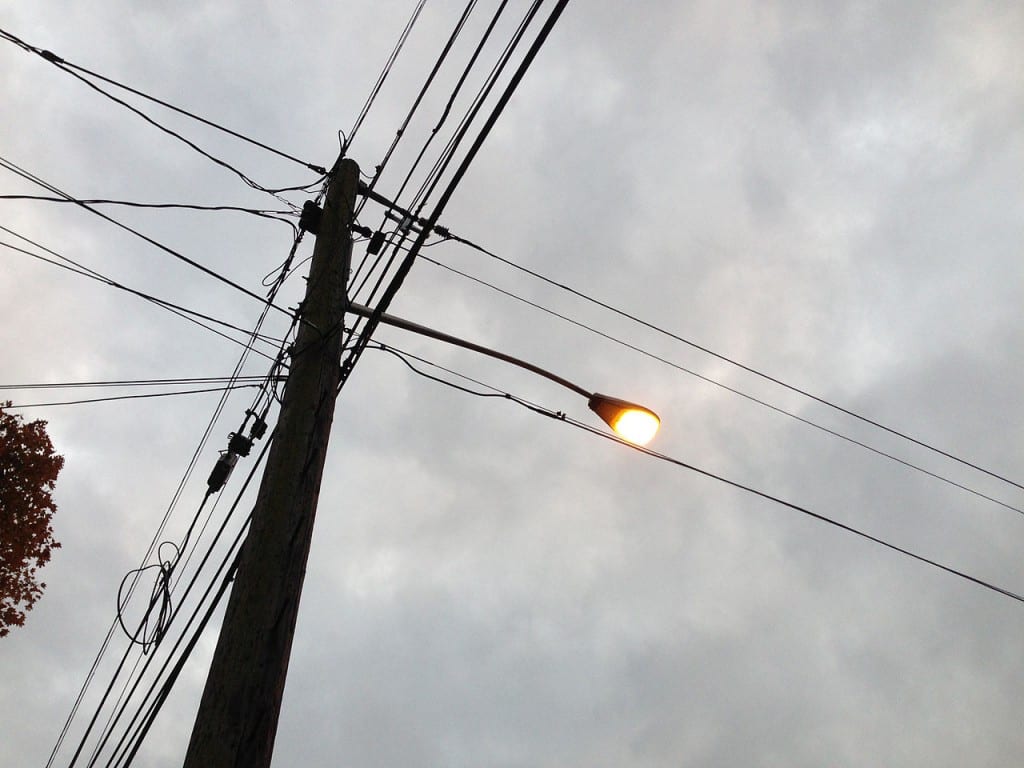 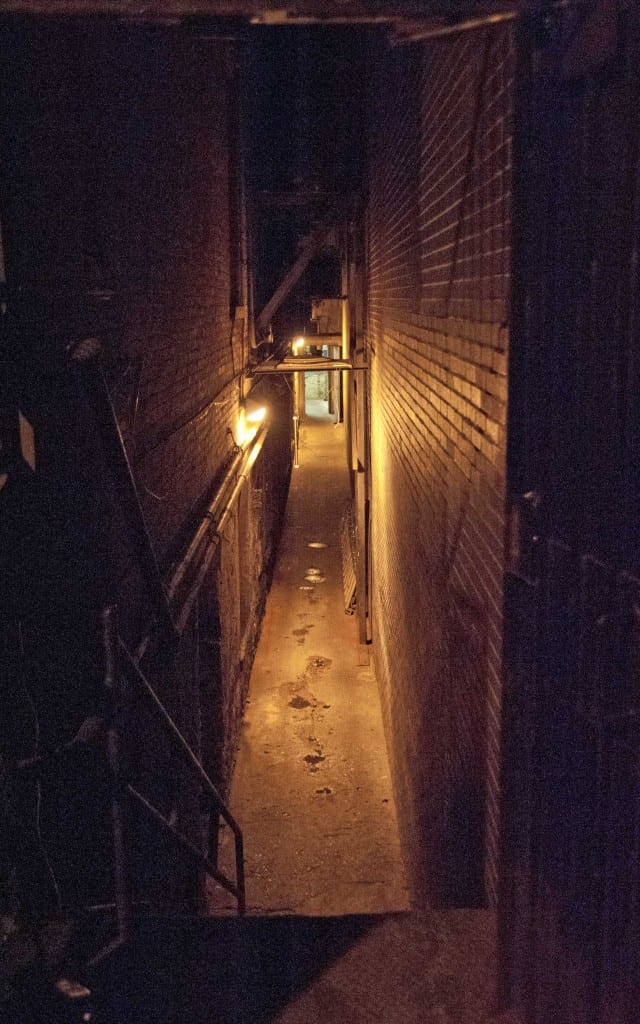 The before images for the Festival Foods parking lot shot for Werner Electric shows pools of light with dark shadows directly surrounding  the main lights.  The main lights in the before shot are not sodium vapor lights.  You can see the sodium lights in an adjacent lot on the right.   The lot’s lighting in this “before” panoramic image is most likely Metal halide lamps.

The lot is obviously full of life now that the store is open but you can clearly see the improvement in the overall lighting of the parking lot after LED (light emitting diodes) were installed.

So, this lighting revolution is happening now. LED’s are the future of lighting.   New York City is replacing 250,000 street lights with the energy efficient LED’s by 2017.  For residencial use LED bulbs are replacing compact fluorescents which replaced the incandescent bulb.  Interestingly, old fashioned Edison Bulbs are popular now as a decorative bulb in older homes and business establishments.  They are called Edison Squirrel Cage bulbs. 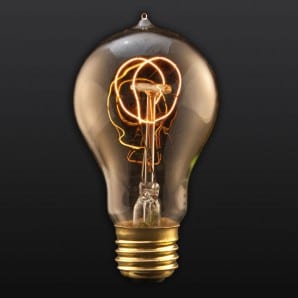 Aside from these Edison Bulbs for home use, I doubt there will be a fondness for the sodium vapor street lighting of my youth or the harsh bluish-green shadowy effect of the Mercury vapor lights that were and are very common still ( As of 2008, the sale of new mercury vapor streetlights and ballasts was banned in the US. and all replacement bulbs will be banned in 2016).

As I reflect on the changes I have witnessed in my profession; film to digital, darkroom to desktop, contact sheets the cloud, all are good.  I have no affinity for that old technology.  I add the transition of LED lighting to the list, not so much as a direct application in my photography business, but as an environmental issue, both my perception of my immediate environment and for the good of the whole.  I’m still not sure how I feel about the LED highway billboards (which is a subject for another blog), but as far as efficiency and effect, LED’s are here to stay.  Maybe the swirly compact fluorescent bulb we all thought was so weird when it came out will go away and make the list of “remember those”,  joining the DAT (Digital Audio Tape), Beta Max, Sony Walkman, Kodak…Oh yes, and most recently, Apple announced the discontinuation of the iPod Classic.  It’s all streams and clouds from here on out. At least for now it is.